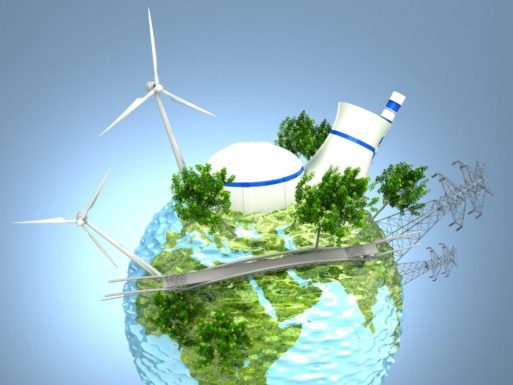 In 2012, the Government of the Republic of Kazakhstan adopted the strategy “Kazakhstan-2050”, which determines the direction of long-term economic development in the country.

In may 2013, a “Concept for the transition of the Republic of Kazakhstan to a “green economy” was adopted, with ambitious goals, according to which by 2050 the structure of generating capacity by 50% should consist of energy sources alternative to coal and oil, including gas, nuclear and renewable energy sources. The government of the Republic of Kazakhstan plans to achieve this by gradually decommissioning outdated infrastructure, expanding the use of “alternative” fuel, installing energy-efficient technological equipment and complying with strict environmental standards.

Thus, the Concept of transition to a “green economy” defines the following strategic goals for the development of renewable energy in Kazakhstan:

The order of the Minister of energy of the Republic of Kazakhstan dated November 7, 2016 № 478 approved the Targets for the development of renewable energy sector until 2020, with the overall goal to increase the total installed capacity of renewable energy facilities to 1700 megawatts (hereinafter-MW) by 2020 (3%).

By the resolution of the Government of the Republic of Kazakhstan dated June 12, 2014 № 645 were approved fixed tariffs for a period of 15 years. In July 2017, the Law on support of RES was amended and introduced a mechanism of auction bidding for the selection of RES projects. The maximum auction prices for the auction were set at the level of fixed tariffs.

Hydropower is the second largest source of electricity production in Kazakhstan, which, according to 2017, accounts for about 10.9% of the total generating capacity of Kazakhstan. In absolute terms of potential hydro resources Kazakhstan ranks third among the CIS countries. The hydropower potential of Kazakhstan is estimated at about 170 billion kWh per year, technically feasible — 62 billion kWh. The hydro potential of medium and large rivers is 55 billion kWh, small rivers — 7.6 billion kWh per year.6 Meanwhile, the technically possible potential for the use of small hydropower plants is about 8 billion kWh. Hydropower resources are distributed throughout the country, but among them there are three particularly large areas: the Irtysh river basin with the main tributaries (Bukhtarma, UBA, Ulba, Kurchum, karjil), the South-Eastern zone with the Ili river basin and the southern zone — the Syr Darya, Talas and Chu river basins.

The total installed capacity is 427.45 MW, including:

✓ the single buyer of electricity from RES is the RFC, created at JSC “Kazakhstan company for management of electric networks “KEGOC»;

✓ investors are guaranteed the purchase of the entire volume of RES energy at auction prices for 15 years at the conclusion of the purchase agreement with the RFC;

✓ auction prices are subject to annual indexation starting from the second year of electricity generation: 70% on the exchange rate of the national currency to convertible currencies and 30% on the consumer price index;

✓ financial settlement of imbalances from re implementing RFTS;

✓ producers of renewable energy is granted priority dispatch in the transmission of electrical energy;

✓ regional transmission organization is not entitled to refuse connection of renewable energy because of the unavailability of the network;

✓ the costs of reconstruction and expansion of the network are borne by the power transmission organization;

✓ for conducting auctions for the selection of renewable energy projects reserved plots of land and the point of connection to the network;

✓ the legislation provides for investment preferences.

Forecast balance of electric power of the Unified Power System

Balances of power and electricity in the Almaty region for the future periods up to 2024 are calculated taking into account the accepted levels of electric power consumption, electrical loads and the development of generating capacities according to the minimum industry development scenario.

65% of the hydropower resources reserves of the mountain rivers of Kazakhstan are concentrated in Almaty region.